Study of the animal slaughter from site of ‘Casas del Turuñuelo’ (Guareña, Badajoz)

Livestock management and its socio-economic and ritual implications in the Tartessian period. PRI I+D+I IB18131 (2019 - 2021)

The discovery of the archaeological site of Casas del Turuñuelo (Guareña, Badajoz), has been an important milestone in understanding the Tartessian culture. Despite only having been studied for the last three years, the building has become one of the most important archaeological sites in the Iberian Peninsula due to the architectural techniques used, its magnificent state of conservation, and the fact that for the first time in the whole of the Mediterranean a sacrificial slaughter has been documented of more than fifty animals, especially horses. This most recent discovery has had enormous national and international repercussions, situating Extremadura and specifically the middle Guadiana valley, in the spotlight for interpreting the Tartessian culture, as Turuñuelo joins other sites from that period, such as the necropolis of Medellín, the sanctuary of Cancho Roano (Zalamea de la Serena) or the building of La Mata (Campanario), which now acquire special relevance for understanding the end of the Tartessian culture.

The present project focuses on the documentation, conservation, restoration and study of the domestic animals slaughtered in Turuñuelo, with special attention to the horses; the aim of the project is not only to study the equine livestock of the time, but to make an exhaustive analysis of the development of the horse in the Iberian Peninsula through this site. Thanks to this finding, Extremadura is in a privileged position to detect this evolution, as it now joins the analysis of other horse skeletons documented in Cancho Roano and which we also intend to study.

The project has a highly innovative and multidisciplinary component, which is essential for achieving the objectives that have been set. In addition to documenting, extracting and interpreting the ritual slaughter on the site and the importance of the agricultural trade in the Middle Guadiana Valley, the project incorporates archaeozoologists, biologists and veterinarians in order to carry out a complete analysis, conservation and restoration. The aim is to carry out a comprehensive study of the horse population and the rest of the animals slaughtered both in Turuñuelo and in the other Tartessian sites in the area. In addition, industrial engineers from the UEx are integrated in the team to reconstruct in 3-D by means of laser scanners and multisensorial technologies the documented slaughter in El Turuñuelo in order to be able to exhibit it in a 1:1 scale in the future, when the site is prepared for public visits.

Finally, the proposed battery of analyses also aims to promote the natural and cultural heritage of Extremadura as set out in the Sixth Research Plan, as the idea is to reconstruct the natural landscape of the area and to promote knowledge of Tartessian culture through a tourist route.

Consequently, the general objectives are as follows:

To define and differentiate the animal deposits through the taphonomic and archaeozoological study in order to be able to interpret them from a symbolic and ritual perspective.

A comprehensive study of each species based on taxonomic identifications, biometric data, palaeopathology and isotope analysis, which will make it possible to define the morphological characteristics of the animals and describe livestock management patterns.

To calculate the economic and cultural implications of their husbandry. Additionally, to understand the agricultural activities in the Guadiana valley during the Tartessian period, where the reconstruction of commercial routes and relations with other areas of the peninsula will be of special importance.

To study the origin and evolution of horses in Extremadura from prehistoric to modern times through different analyses of the morphotypes of horses.

To apply multi-sensorial technologies to solve problems in the field of heritage in order to display the animal slaughter at the site once it is opened to the public.

To collaborate with the competent administrations in heritage and tourism of the Regional Government of Extremadura in the dissemination of Tartessian Culture, Cultural Heritage and in the understanding how agriculture and livestock farming in Extremadura evolved in Protohistory. Our final proposal at this point is to lay the foundations for creating a museum and anarchaeological tourism itinerary of the Tartessian culture. 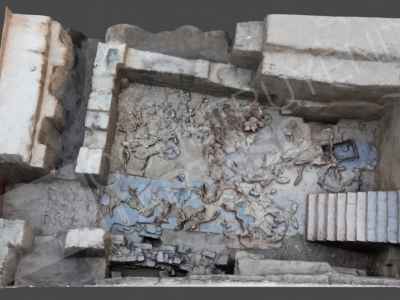 Overhead view of the photogrammetric register of the courtyard 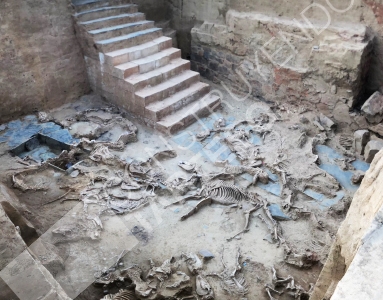 Photograph of the courtyard with animal remains. 2017 Campaign 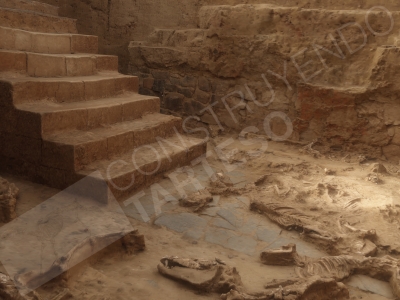 Detail of the remains found in the courtyard of the site 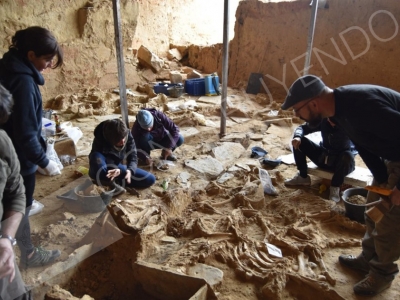 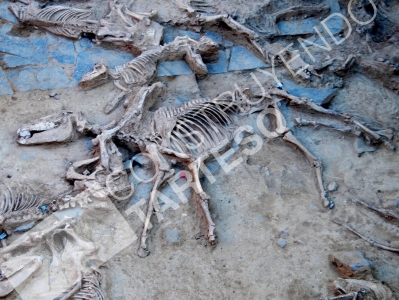 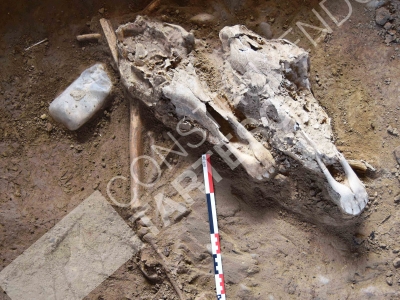 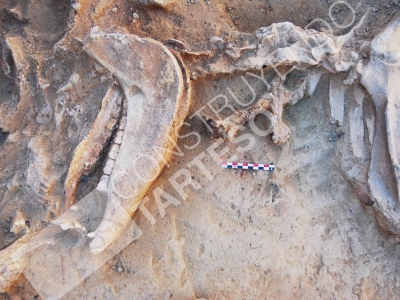 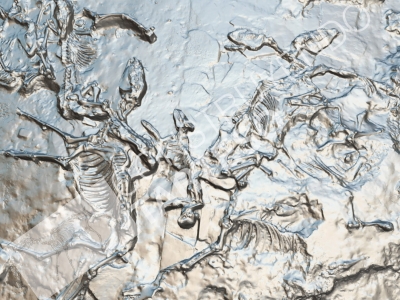 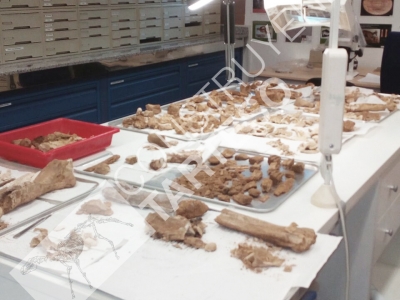 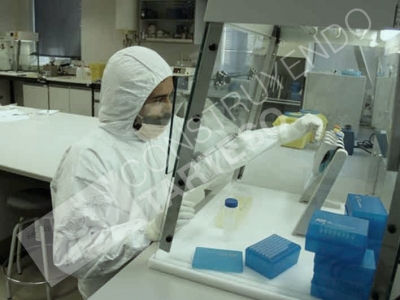 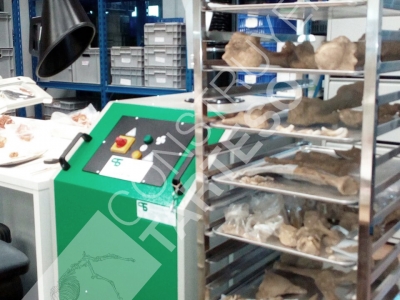 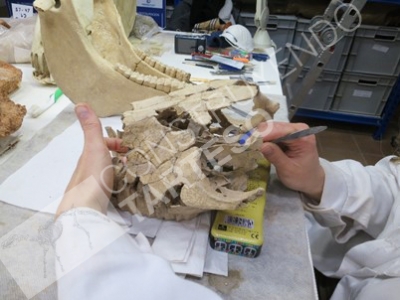