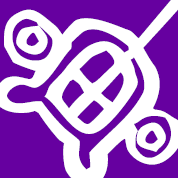 Building Tartessos is a Project of the State Research Agency within the State R&D&I Plan of the Ministry of Science and Innovation. The main objective is to characterise Tartessian material culture through the architectural analysis of the large adobe buildings excavated in recent decades. To date, work related to Tartessian architecture has focused on analysing the floors of the buildings and testing some interpretations of their possible function, but it lacks a study of the architectural model. Our aim is to introduce the concept of architecture as an element integrated into the territory, while we consider it fundamental to analyse the perception that society at the time had of that architecture, and the impact it may have had on the social mentality.

The project proposes a new working system consisting of studying the structures, carrying out a comparative analysis, and interpreting the results obtained. With this purpose in mind, we aim to integrate the study of architectural traditions, the symbolic expression of these constructions, as well as an analysis of the environment in which these buildings are located.

TO CARRY OUT AN ARCHITECTURAL ANALYSIS OF THE BUILDINGS OF THE TARTESSIAN ENVIRONMENT. This consists of reviewing the planimetry of all the known Tartessian buildings in order to identify all the architectural characteristics they possess. In this way, the architecture will serve as a complement to the material culture, thereby achieving a comprehensive understanding of the Tartessian culture in the Guadiana Valley.

TO STUDY THE BUILDINGS WITHIN THE LANDSCAPE IN WHICH THEY ARE SITUATED. This includes an environmental analysis of the immediate surroundings in which the different buildings under study are located in order to reconstruct the Tartessian landscape.

TO ANALYSE THE SOCIAL IMPACT OF THE CONSTRUCTIONS. Interpreting Tartessian society through archaeology and architecture is perhaps one of the most ambitious goals of this project. Through this analysis, the aim is, firstly, to understand the social impact that the arrival of new building techniques from the Mediterranean had on the local population; secondly, to determine how the society that emerged from this symbiosis between the local component and the eastern substrate -Tartessos- assimilates and represents this influence; and finally, to verify how the rest of society interprets it.

TO LEARN ABOUT THE EASTERN ARCHITECTURAL INFLUENCES AND THEIR IMPACT. Here the aim is to understand the process of transformation of an architecture with an Atlantic tradition into one with Mediterranean roots that incorporates new construction techniques.

TO CREATE A CONSTRUCTION MODEL FOR THE CHARACTERISATION OF TARTESSOS. Once all the case studies have been analysed, the final objective is to create a model or pattern to characterise Tartessian architecture so that it can be applied to future buildings from that period that are excavated.

TO DEVELOP A METHODOLOGICAL MODEL ON THE CONCEPTION OF THE ARCHITECTURE OF SPACE. In the same way as the constructive model can be extrapolated to the study of future Tartessian sites, the methodological model proposed in this project could be applied to different geographical regions and historical periods, within the innovative approach of the Architecture of Space.

TO ANALYSE AND STUDY NEW CONSTRUCTION TECHNIQUES. During the excavations at the Tartessian site of Casas del Turuñuelo, several technological innovations have been documented that need to be analysed in detail, since, as we have already mentioned, their discovery represents a revolution in the History of Construction. The existence of new patterns and construction techniques will allow us to look for analogies in other sites that are less well preserved, but which did not have to do without certain architectural solutions such as those found in Casas del Turuñuelo.

TO DOCUMENT AND DEFINE THE AREAS WHERE RESOURCES WERE OBTAINED. As is well known, since the dawn of humanity, the environment has served as a conditioning factor, to which we have had to adapt in order to survive. For this reason, it is extremely important to characterise the resource catchment areas where the raw materials needed to carry out the architectural works were supplied, but also to understand how the construction of a building is conditioned by the distance to the different resources.

TO ANALYSE THE RITUAL THAT WAS USED TO CONCEAL THE TARTESSIAN BUILDINGS OF THE MIDDLE GUADIANA VALLEY. One distinctive feature that the Tartessian buildings in the middle Guadiana valley have in common is the way they were abandoned and buried, a feature that has allowed them to go unnoticed in the landscape and to remain in an excellent state of conservation until the present day. To analyse the final stratigraphic sequence of the sites and the reconstruction of the activity which led to their concealment, micromorphology will be used, i.e. an analysis of the sediments that makes it possible to detect and differentiate the deposits formed for natural reasons from those produced by humans, as well as the time intervals between them.

TO ANALYSE THE SOCIAL IMPACT OF THE CONSTRUCTIONS. Interpreting Tartessian society through archaeology and, especially, architecture, is perhaps one of the most ambitious objectives of this project. Therefore, the aim is to firstly analyse the social impact that the arrival of new building techniques from the Mediterranean had on the local population; secondly, it will analyse how the society that emerged from this symbiosis between the oriental element and the local culture -Tartessos- assimilated and represented this influence; and finally, it will investigate how it was interpreted by  society. 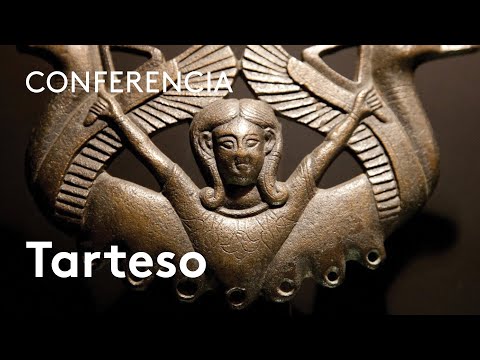 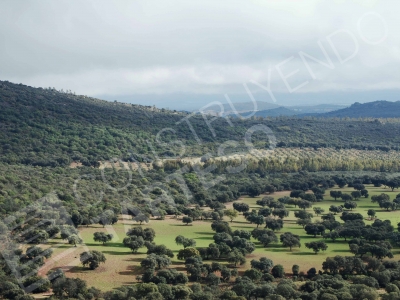 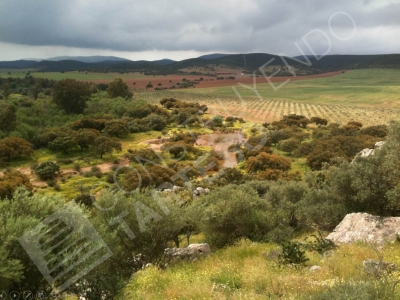 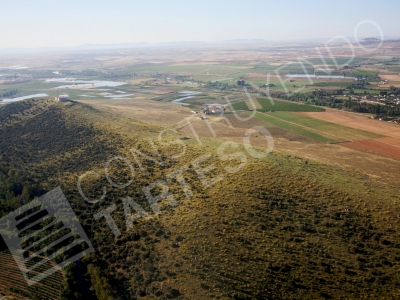 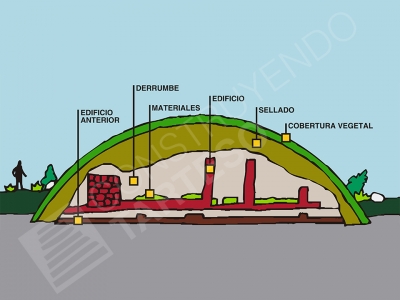 Diagram of a cross section of a burial mound 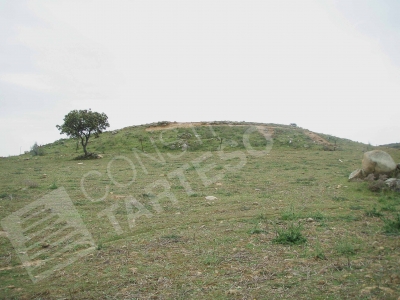 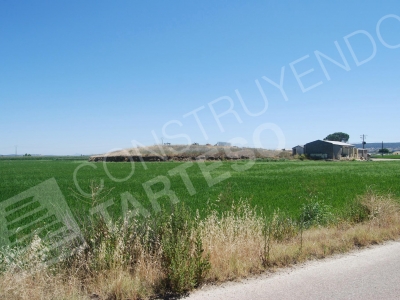 General view of the burial mound in the site of Casas del Turuñuelo (Guareña, Badajoz) 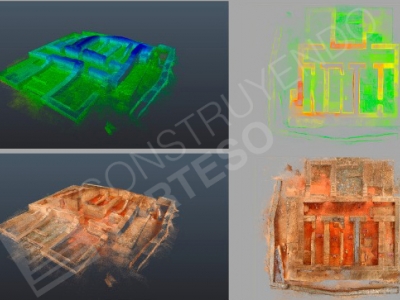 Photogrammetric analysis of the site of La Mata (Campanario, Badajoz) 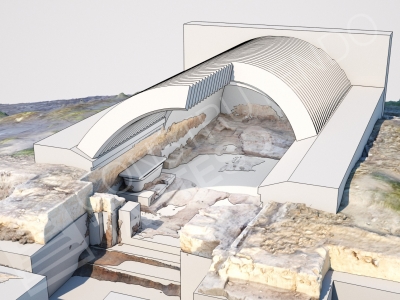 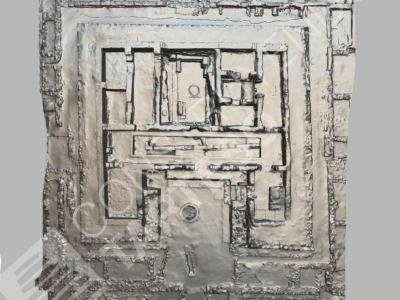 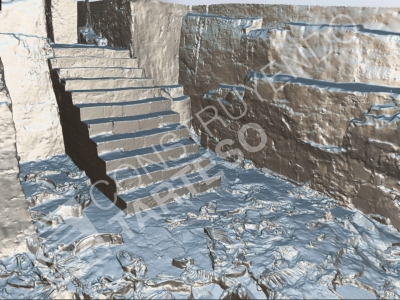 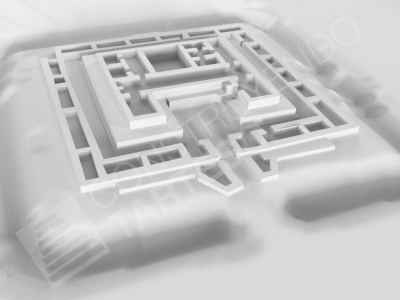 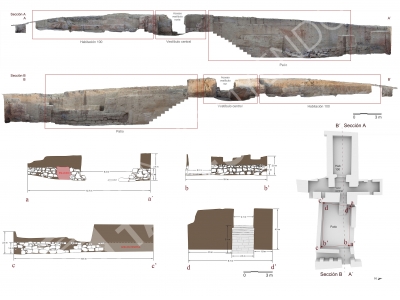 Cross-sections and elevations of the site of Casas del Turuñuelo (Guareña, Badajoz) 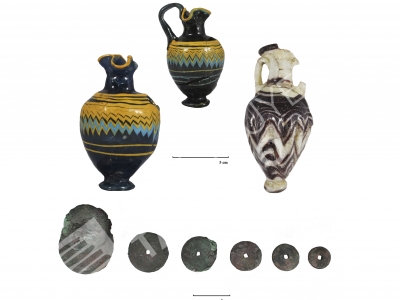 Unguent flask and weights from the site of Casas del Turuñuelo (Guareña, Badajoz) 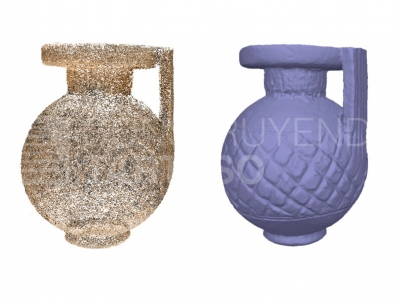