The site of Cerro Borreguero is located to the northwest of the municipality of Zalamea de la Serena (Badajoz). It is an artificial elevation on a quartzite outcrop located less than 100 m from the right bank of the Ortigas River which flows, some 30 kms to the north, into the Guadiana.

Although it was originally a flat settlement, the gradual abandonment and renovation of the various buildings from the protohistoric period has meant that it now forms an artificial oval-shaped mound with an east-west orientation that stands out in a landscape of pastureland.

The site has been profoundly altered, both by the agricultural work of the last century and, above all, by the existence of a Roman construction whose foundations destroyed many of the older phases. The Cerro Borreguero site has been the object of seven excavation campaigns (2008-2014) directed by S. Celestino Pérez, J.A. Salgado and E. Rodríguez González, who have documented a complete sequence of occupation that begins in the Final Bronze Age and continues until the Roman Empire, although there was a long hiatus between the 6th century BC and the 1st century AD. The site is of enormous interest as it is the only example in the Guadiana Valley where the transition between Final Bronze architecture and the incorporation of new construction techniques from the First Iron Age has been documented   .

The site has three phases of occupation: Phase I, belonging to the Roman construction; Phase II, from the First Iron Age, which in turn has two constructive sub-phases; and phase III, from the Late Bronze Age. An oval hut belongs to this final phase, which has been dated to the 9th century BC on the basis of C14 analysis, and where a painted bowl was found characteristic of this period in other parts of the Atlantic coast of the Iberian Peninsula.

The last building from the Tartessian period was abandoned around the first half of the 6th century BC, coinciding with the construction of the first building in Cancho Roano or "CR-C", which leads us to believe that Cerro Borreguero would have been the direct predecessor of the sanctuary, built just 2.5 km upstream of the Ortiga River. 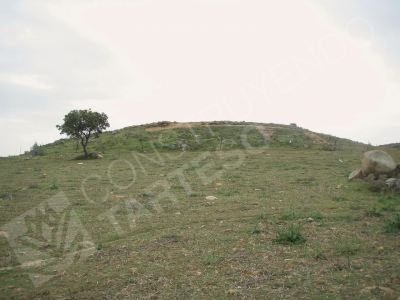 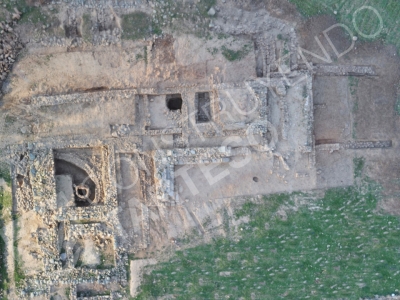 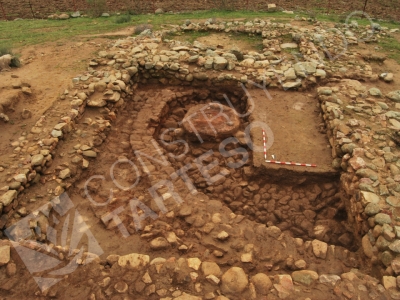 Oval hut dated to the end of the 9th century CE 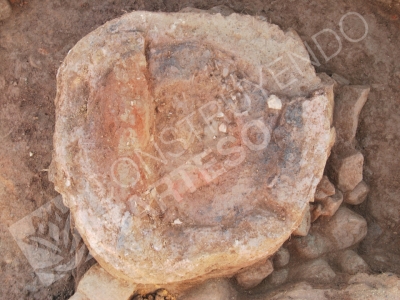 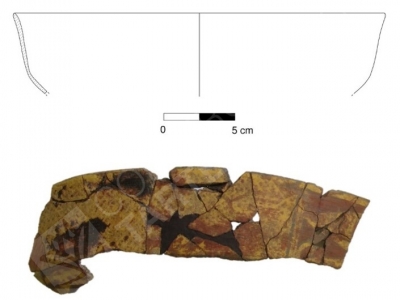 Pot painted by hand post-firing found in the oval hut 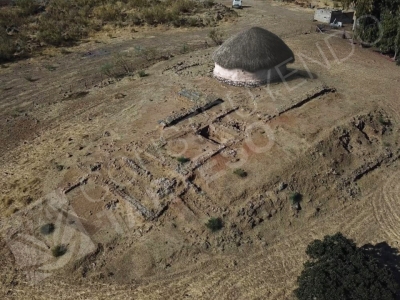